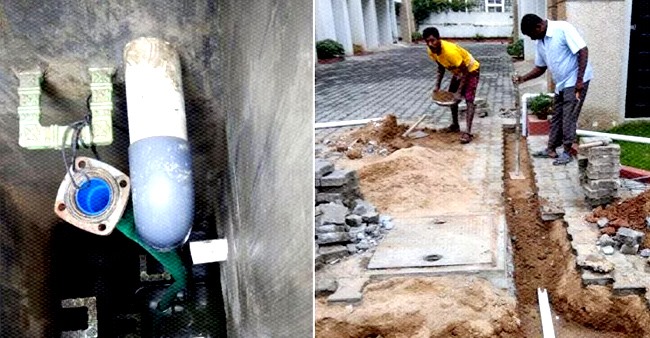 The residents of a Chennai apartment complex have evinced the effectiveness of systematic rainwater harvesting by collecting around 1,00,000 litres of water in just three hours of rain.

Fifty-six apartments in four blocks of Sabari Terrace Complex in Sholinganallur participated in the rainwater harvesting drive by channelising the rain pipes from their terraces into an underground sump or reservoir with an enormous storage capacity of 1 lakh litres. Beyond the expectations of the residents, the sump filled up to the brim in just a span of three days – from October 29 2018 to October 31 2018 , when the city registered a total rainfall of around three hours. “Till now, we have been able to collect a total of 6 lakh litres in near about two weeks,” Harsha Koda, secretary of Sabari Terrace Residents’ Association 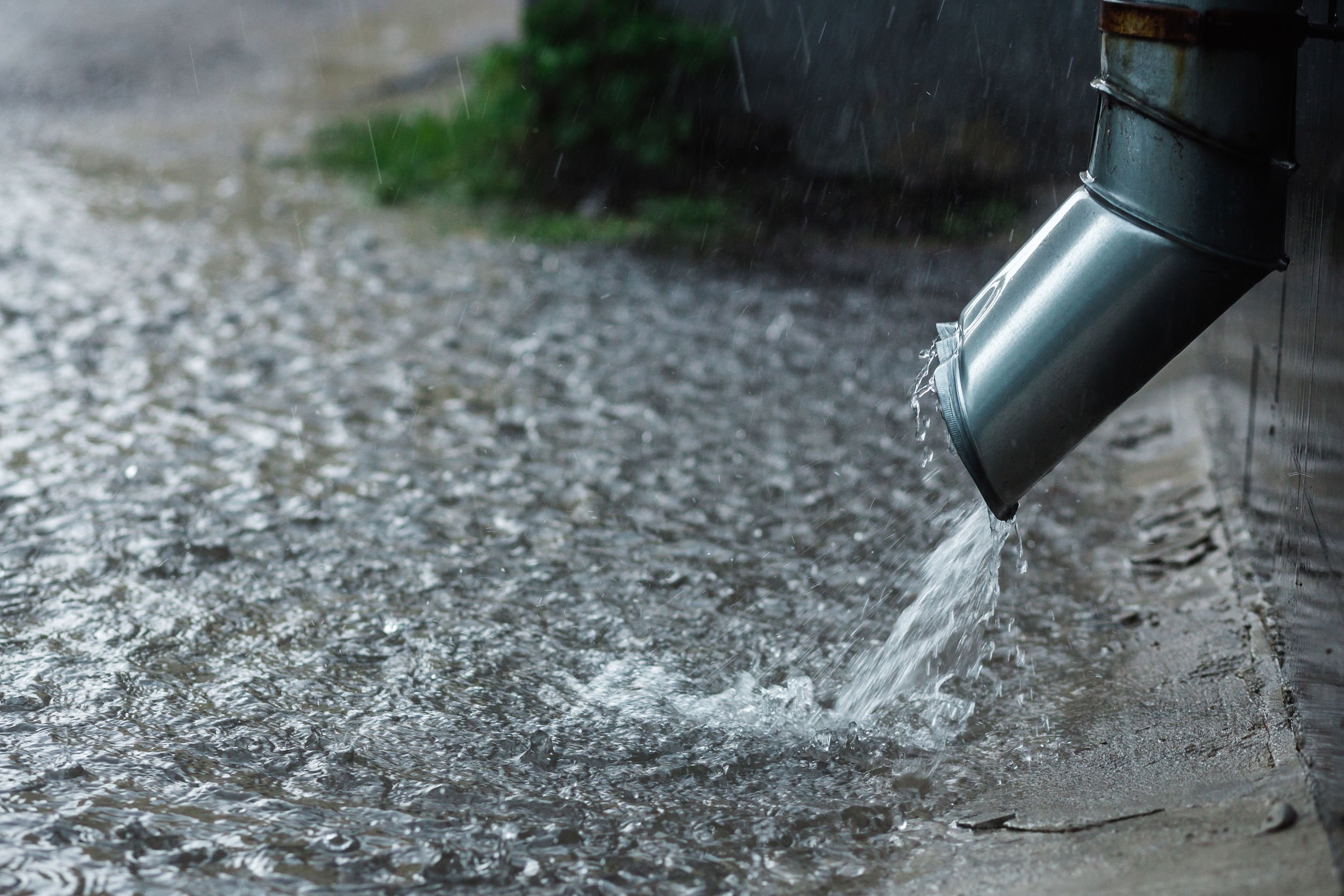 The city of Chennai

has been predominantly dependent on groundwater, whose levels are facing depletion due to unplanned usage. Hence, it is now mandated for all builders to compulsorily include rainwater recharge pits, at least two in every apartment complex. “Reality is, in most of the apartments, the builders dump the construction waste into these pits. So, they cannot be used for rainwater harvesting,” shares Harsha Koda.

In the case of Sabari

Terrace Apartments, around 300 residents of fifty-six quarters, mostly comprising the young IT professionals, were entirely dependent on water supplied by private tanks, both for drinking and household purposes. “In a day, the water usage summed up to 40,000 litres while the expenditure on water added up to Rs. 1 Lakh per month. The wastewater used to be carried to the nearest treatment plant and our gardens were sprayed with the recycled water,” shares Koda. 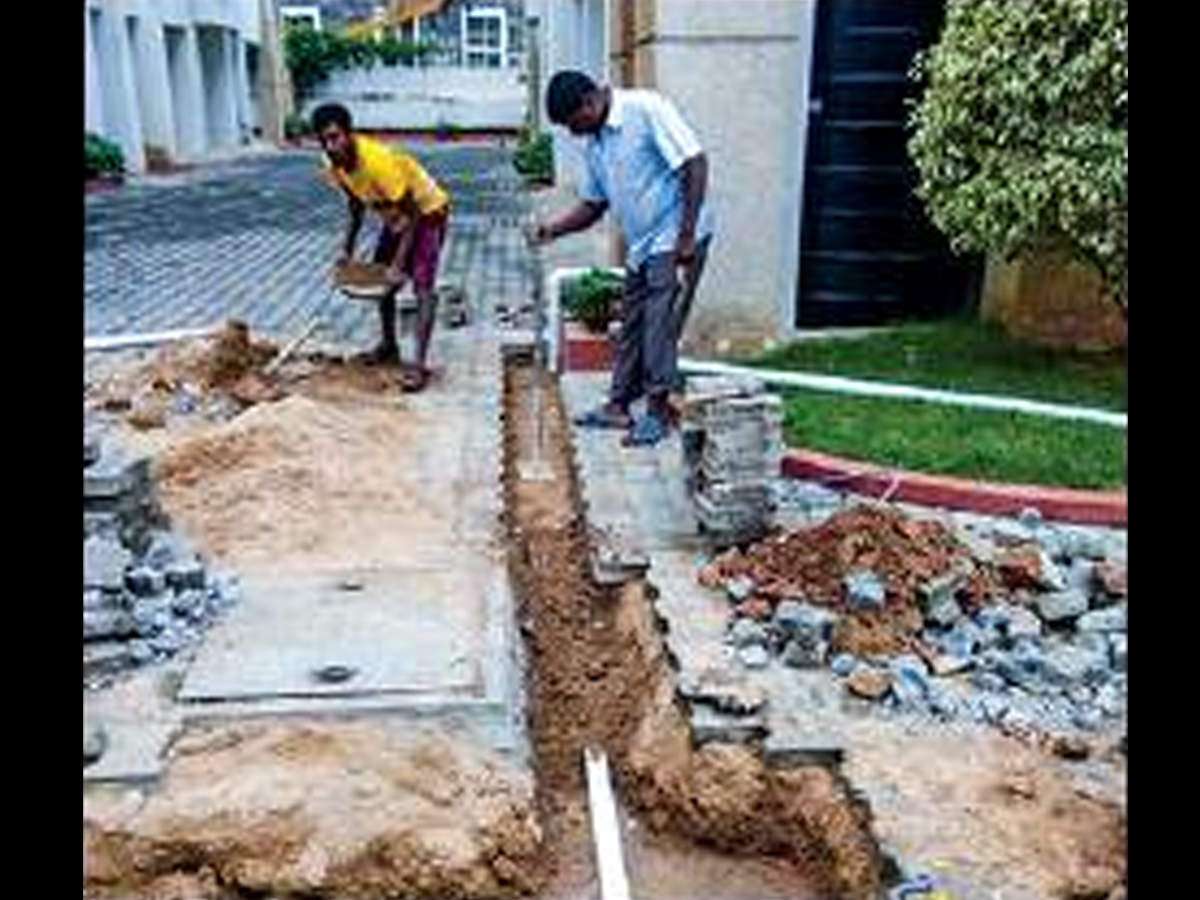 Chennai has started receiving considerable rainfall in June-July as well, apart from the usual rains from Diwali to Pongal.” Thus, the plan for the massive RWH network has been on the cards for quite some time. But, it was not easy to persuade the residents to contribute for the RWH project, mainly because they were already spending a hefty amount on water. Harsha Koda and his wife Prabha Koda has been the main crusaders of rainwater harvesting since 2017 when they started constructing different RWH structures in phases, to convince the sceptical residents.

the design for the network of pipes leading to the sump was conceptualised by Prabha Koda, with guidance from Dr Sekhar Raghvan of Rain Centre.

Harsha Koda, shared that the entire mechanism operates in two phases. In the first phase, the rain pipes from terraces of the four blocks of apartments carry the rainwater into two tanks where sedimentation takes place, clearing the run-off water from dirt particles. These tanks deposit the water into the 1 lakh-litre underground sump which comprises the second phase. The water is then routed towards a treatment plant, where it is recycled and rendered safe for use, followed by pumping to individual flats.

sump also ensures the rise in the groundwater levels in the area. Four rain pipes originate from four corners each terrace, out of which three are connected to the sump network while the fourth one drains the water into soak pits meant for recharging the groundwater table. In fact, sometimes excess water from the sump is also diverted towards the soak pits using valves.

Accounting the expenditure for the project, Koda reveals that out of the total Rs 2.5 Lakh spent over a year, water worth Rs 50,000 have already been recovered. The residents admit that the project has sufficiently minimised their dependence on water purchased from tankers.

Maintenance is a must “I should definitely acknowledge the amazing efforts by our housekeeping team who sweeps all the terraces clean every day, ensuring we get crystal clear rainwater in the reservoir.

We clean our pipes and storage tanks every 60-90 days,” reveals Koda.